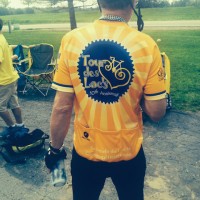 The Tour Des Lacs was a charity bicycle race that began in 2002 and finished up its last and final race in 2014. The bicycle race was established to raise funds each year for a charity of their choice. For several years, the funds allowed Red Rover Ventures to contribute to charities locally and internationally. […] → Continue Reading Tour Des Lacs Charity Bike Race – Fenton, Michigan